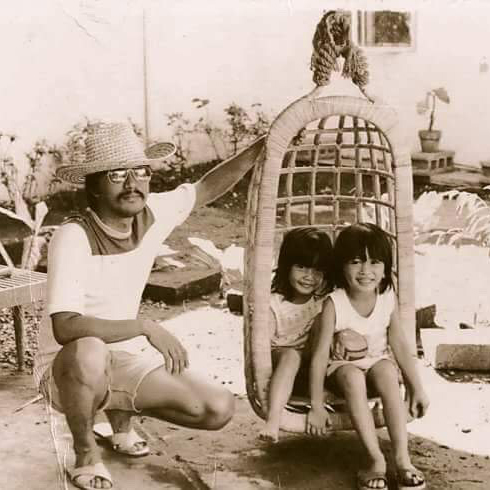 Victor Jose “Bimboy” Peñaranda was born on March 6, 1953 in Manila to Waray parents from Leyte-Samar.

A graduate of Philippine Christian University, he became involved in the Educational Development Project Implementing Task Force (EDPITAF), from where he was recruited to oversee the production of children’s books for a government program.

That program, for the Nutrition Center of the Philippines, was headed by Virgilio S. Almario. Working alongside them were Charles Funk and Perfecto Martin, forming the original team that created the Aklat Adarna series. Peñaranda stayed on with Children’s Communication Center, the private organization that continued Aklat Adarna after the government project ended.

The Aklat Adarna staff thought that it would be fun to honor him through a guide for parents and day care workers discussing the developmental stages of a child. The book “Ang Buhay ni Bimboy” was published in partnership with DSWD.

From working with Aklat Adarna, Peñaranda went on to serve social development organizations and to make a name for himself as a poet.

The beloved writer and mentor passed away on September 23, 2017. He is survived by his wife Josephine and their three children, Saira, Siday, and Nikos.